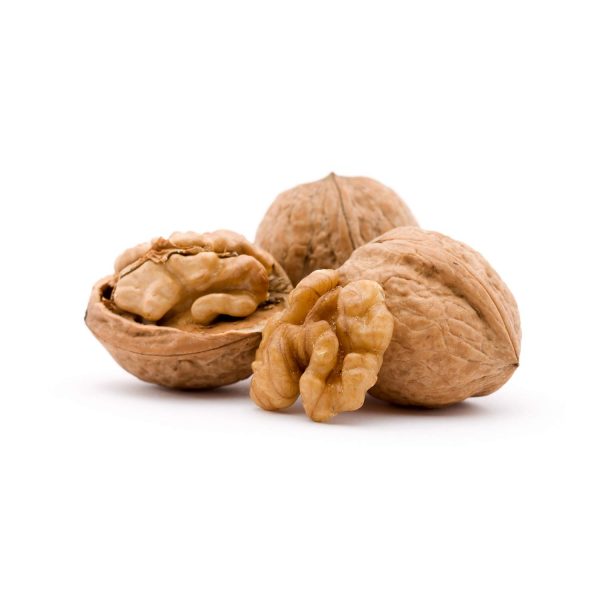 Iranian walnut kernel is divided into three grades according to the size, fat content, color, and halves.
The nutritional value of walnuts
100 grams of walnut kernels contains about 650 calories and is composed of 64% fat, 16% carbohydrates, and 14%protein.

Walnuts benefits may be consumed fresh, roasted, or salted. They are used in confectioneries, pastries, and for flavoring. The shells can be used for the preparation of activated carbon.

Walnuts are the fruit of the Jungians regain. It is a Latin contraction of Jives glens meaning regal nut of Jupiter or nut of “the Gods.”

Ancients believed the gods dined on walnuts, hence regain or regal.
Origin of the term walnut has debatable origins. Some scholars say the term derives from the Teutonic German wellness or Welch muss and others from the Anglo-Saxon word wealh meaning foreign or alien and hunt meaning nut.

It’s difficult to trace the native home of the walnut tree, but ancient Romans believe it originated in Persia. Early cultivation spanned from southeastern Europe to Asia Minor to the Himalayas.

Greek usage of walnut oil dates back to the fourth century B.C., nearly a century before the Romans. Franciscan priests brought the walnut to California, the USA around 1770. The oil of the nut has been used for centuries in the preparation of fine paints for artists.
In ancient Persia, where their cultivation may have originated, walnuts were the food of royalty. The “Persian” walnut became known as the “English” walnut during the Middle Ages, when English sailors carried and traded them throughout Europe and beyond. The term “English” applied to the Persian nut is a misnomer. The name “English walnut” refers to the English merchant marines whose ships transported the product for trade around the world.

Walnut groves existed around 2,000 B.C. in the Mesopotamian Hanging Gardens of Babylon. The ancient Greeks and Romans actively traded walnuts and incorporated them into their mythology, associating them with fertility. Walnuts are one of the oldest tree foods known to man, dating back to 7000 B.C. Records indicate Persian nuts were known during the reign of Tiberius.
Remains of this nut have also been unearthed in ancient Roman villas. In ancient Rome, walnuts were considered food for the gods and called “Jungians Regain” (origin of the English walnut’s approved Latin scientific name) in honor of Jupiter.

There are two major commercial species of walnuts; the English walnut, which originated in Persia, and the black walnut, which is native to the U.S. Virtually all walnuts sold commercially in the U.S. are of the English variety; although regional marketing campaigns are underway to promote black walnuts.
The first English walnuts were probably brought to California by Spanish Franciscan missionaries around 1770. Joseph Sexton planted the first commercial walnut orchard in California in 1867 near Goleta in Santa Barbara County. In the 1870s, California walnut agriculture took off with the establishment of large orchards in Southern California near Santa Barbara. Later, large-scale production moved north to California’s Central Valley. Walnut trees thrive in the hot, dry summers and mild winters of the Sacramento and San Joaquin Valleys, which also boast deep rich soil ideal for walnut growing.

Be the first to review “Iranian Walnut” Cancel reply